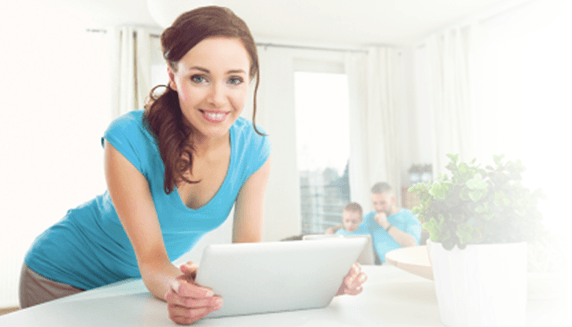 Traffic jams have been causing much frustration for decades now, and have triggered considerable research into possible solutions. This problem has been gaining importance more recently as the number of cars and preciousness of time both increase. Congestion is costly in terms of time and money, not to mention its emotional cost – being stuck in traffic for even a short period of time may be enough to ruin your day.

We explore below some ways that have been developed to optimize traffic flow and fight congestion.

Traffic lights control traffic flow - Could traffic lights syncing to form a “green wave” be a solution to traffic jams?

One way of managing traffic flow on major urban roads revolves around the principle of “Green waves”. It is engineered to ease flow at intersections, and works by coordinating a number of traffic lights to ensure smooth flow of traffic along an area’s arterials (in one or more directions).

It works on the principle of cascading or staggered green lights, which means that lights at adjoining intersections will change in response to one another, allowing cars that drive at a steady prescribed speed to make several green lights in a sequence.  One group of cars (called a platoon) is let through at a time, leaving the next group behind.

Green waves are particularly favoured in areas where cycling is a major traffic factor or even the preferred means of transport, and are in use in several European countries, like Holland and Denmark. San Francisco also uses this system to facilitate cycling flow along one of its busiest cycling routes, Valencia Street.

Green waves are usually implemented only on high-stress roads and directions, since it can be very complex to orchestrate entire areas at the same time.

They have been found to help reduce queuing and waiting times (for both pedestrians and vehicles), as well as noise, pollution, and fuel consumption. Its underlying idea is to reduce stop-and-start traffic as the most wasteful and most responsible for vehicle wear and tear. The way they function also discourages speeding and thereby improves safety. Taking into account all of this, it’s safe to say green wave technology may help improve health and general quality of life.

There are some drawbacks, of course. Most green wave systems are designed to work with averages, that is, with an idealized typical traffic situation, based on pre-calculations and statistics from the past.
The problem with this approach is that traffic is immensely variable from one moment to the next, so this system still doesn’t do away with unnecessary waiting times or gridlock.

More recent systems replace or supplementing static signal coordination (using pre-set timers) with a dynamic one that responds to current, real-time data from sensors in traffic.

For more information, see our other article on LA’s ATSAC system, or read about the model proposed by scientists at the University of Technology in Dresden, here (http://ourworld.unu.edu/en/green-idea-self-organizing-traffic-signals ).

In an ideal world, traffic would present an organized, smooth flow that gets us from point A to point B as quickly and safely as possible. In actuality, it is more often a discontinuous and frustrating experience.
A study by the Texas A&M Transportation Institute (available at: http://mobility.tamu.edu/ums/congestion-data/west-map/ ) shows that LA commuters travelling during peak times spend an average of over 60 hours a year delayed by or stuck in traffic.

And anyone who has ever experienced traffic jams is probably rooting for more work on traffic flow optimization.

From the idea of using traffic lights unilaterally to control traffic based on past flow (on which you can read in our post on static Green Wave systems) there was some way to go before the idea – and necessary technology - emerged that the current flow of traffic should be used to control traffic lights.
Los Angeles has a long-standing reputation for its traffic jams and pollution. No wonder, then, that it was also the site of the development of an impressive traffic monitoring and control system. This is the Automated Traffic Surveillance and Control System, or ATSAC.

Conceived as early as 1979 and first implemented during the 1984 Olympic Games, it currently controls 4,400 intersections across the city.

What is most innovative about the system is its responsiveness to actual traffic. It gathers its data from 20,000 sensors around the city that feed back information about traffic frequency, speeds, and congestion. In addition, it relies on information from CCTV equipment at some 500 locations.

Using information from current, second-to-second traffic to perform its complex analyses makes ATSAC a dynamic system, which can alter signals both automatically and manually, as needed.  Given high variability and unpredictability of traffic everywhere, but especially in urban areas like LA, an adaptive system like this seems like a step in the right direction.

In fact, it has been found to lead to a 12% reduction in travel time and a 16% increase in speed (information from: http://trafficinfo.lacity.org/about-atsac.php ).

ATSAC can identify both congestion and incidents, and prioritize emergency and repair vehicles or heavy-traffic public transport routes accordingly. It helps keep buses on schedule, coordinates pedestrian flow around schools, and in some parts of the city where many of the residents are observant Jews even dispenses with the need to push the button to cross the street on Sabbath. Needless to say, it is also adapted for major sporting events and movie industry awards, like the Oscars.

All this makes ATSAC a well-tailored traffic choreography. However, since it is still people behind the wheel, an optimum system may be far off. The development and wider distribution of new technologies - like inter-vehicle communication (IVC) and autonomous or driverless cars - is promising nonetheless, and it will definitely be interesting to see how all these technologies will work together in the years ahead.

For more on the ATSAC system, see http://trafficinfo.lacity.org/about-atsac.php , where you can also click on the Area Map, and find information relevant to your neighbourhood and trip.

"Very pleasant & informative. I would recommend to others!"
Lisa B. - Los Angeles, California

"thanks for making it so easy and understandable. Great info on fog and timing. things to consider in road rage?thanks again.."
Ruth S. - Los Angeles, California

"i used the chat function twice and i was helped by Elizabeth R. she was nice professional and extremely helpful. Thank You Elizabeth R. "
Jorge C. - San Diego, California

"Was recommended to onedaytrafficschool.com by a friend. Will definitely pass on the recommendation to others with the same need. Thank you!"
Charles R. - Yuba, California

"It was conveniently easy!"
Madilyn B. - Ventura, California

"learned fast and love the fact that it was straight to the point "
Susana A. - Santa Barbara, California